Take a Peek at the Best PS4 War Games 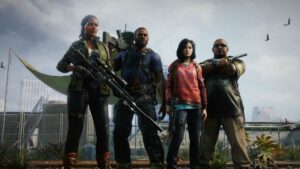 Take part in the Coop Plot-Driven Campaigns and fight for survival as different groups share their experiences of overcoming hardships. Hundreds of zombie hordes must be slain. Incredible firefights amongst swarms of undead are rendered by the swarm engine flawlessly. Gruesome gameplay is provided via cutting-edge gore technologies. Battle flocks of hundreds of undead in this epic PS4 war game. To participate in more difficult tasks, you’ll need strong weapon upgrades and character classes that are at least level 6. In addition to the cooperative campaigns, there are other furious PVP vs. Zombies game options to choose from. 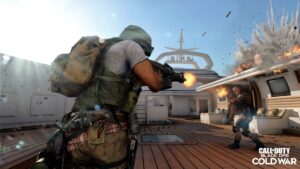 Black Ops Cold War plunges fans into the tumult of the early 1980s cold war geopolitical fight. As players fight throughout the world via legendary sites like East Berlin, Vietnam, Turkey, the Soviet KGB HQ, and more. You will interact with historical characters and brutal realities. Aside from the narrative, players will be able to carry a cold war armory of firearms and ammunition into the upcoming era of pvp battles and zombie adventures. The stunning graphics and the gameplay ranks it among the best war games on the PS4.

You and your team must track down a mysterious individual known only as Perseus who has been on a quest to overturn the worldwide power balance in order to alter the direction of history. 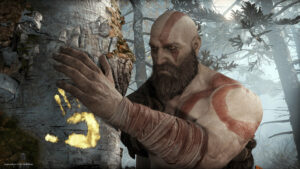 Kratos is presented with an unanticipated chance to tame the wrath that has always characterized him as a teacher and guardian to a child seeking to gain his respect. He aspires to make apologies for the failings of his previous Midgard and beyond – situated among the wild woods, mountains, and kingdoms of Norse mythology, God of War boasts a distinctively unique environment with its own plethora of animals, creatures, and titans. Kratos is now a man among the kingdoms of the Norse Gods and monsters. He must strive to live on this cruel, brutal planet. Fighting in God of War is exciting, frantic, and uncompromising, thanks to an intense, flexible camera that brings the combat reasonably close and makes it one of the best PS4 war games.

This game is available in magnificent 4K 60 fps. With Aftermath’s thrilling latest first-person mode setting, you can enjoy a heart-pounding unexpected viewpoint. In all-latest narrative missions, team up with victims on Russia’s snow covered Kamchatka Peninsula. In the special Horde Mode XL gameplay, you must endure unending rounds of more tough zombies, with thousands more zombies on display than ever seen in this horrifying PS4 war game. On this selected list of the best war games for PS4, we decided to pay a particular mention to Ubisoft’s underappreciated small adventure story Valiant Hearts: The Great War. This particular game, unlike previous PS4 war games, isn’t actually about combat; rather, it’s about the people involved in those hostilities, and presents a sequence of personal, fascinating tales centering around the eponymous Great War (that is indeed World War I). The combat system is fairly insignificant, but the stunning graphic design mixes nicely with the dramatic plot. 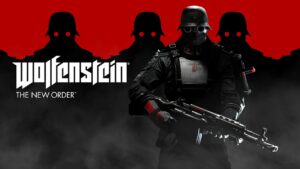 The Wolfenstein franchise was in dire need of a reboot prior to the publication of The New Order. That redo was precisely just what The New Order delivered. The New Order, which recast franchise hero B.J. Blazkowicz as a worn, cynical veteran, demonstrated that there’s still vitality in the old hound. Its story of fatigued friends attempting to always do the correct thing was dependably fascinating, and the first-person camera stealth-shooter gameplay matched outstanding level layout with exciting brutality and a package of unlockable bonuses. 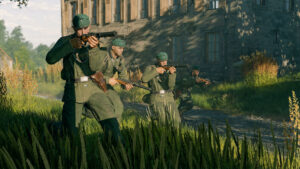 Among the PS4 war games set in the Second World War, Enlisted places players in a team and challenges them to combat rival squads for dominance in a major confrontation of the war. When it comes to World War II, Enlisted is among the best war games for PS4 with realistic-feeling multiplayer interactions out there; the creators meticulously designed weapons, equipment, and other elements that emerged around World War II such that the game seems as accurate as possible. As far as combat simulations go, this is the closest you’ll get by without going backwards in time or joining the military. 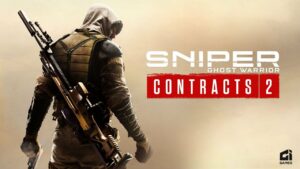 Sniper Ghost Warrior: Contracts 2 is a quest shooter that was released in June 2021. You’re assigned to a subject and a stage to eliminate them in. Having said that, you have a lot of control over how you accomplish it. Would you charge towards the target cannons, or would you attack them quietly? Will you position yourself at a safe distance and fire your sniper weapon, killing them without their knowledge? There seems to be, in fact, a plot, albeit it is uninteresting in comparison to the open-ended PS4 war games.

This War of Mine 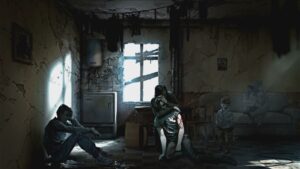 With This War of Mine, the developer 11 bit team wanted to design something more serious. It’s one of those PS4 war games wherein you take care of a community of residents during a battle, ensuring that they have adequate resources to live. You’ll have to loot people in order to remain alive, and you need to make some tough moral judgments about who deserves to survive and who will not along the road. This game won’t give you a full-fledged wartime experience, as one would expect; it’s gloomy, dismal, and highly engrossing. EA appears to have tried to produce something slightly less contemporary than the franchise’ most recent editions while producing Battlefield 1. The studio accomplished this with this PS4 war game, which is set during World War I. In terms of the narrative, you’ll be given a succession of vignette-style storylines, each focusing on a particular soldier throughout the fight. The pvp gameplay is extremely well-developed, simulating the turmoil and ferocity of a real-world battleground. Battlefield 1 is an excellent choice for anybody interested in living the life of a World War I fighter.

Where should you begin your search for the top PS4... END_OF_DOCUMENT_TOKEN_TO_BE_REPLACED

We all have read about how ancient humans used... END_OF_DOCUMENT_TOKEN_TO_BE_REPLACED

In this article, we will talk about the most popular... END_OF_DOCUMENT_TOKEN_TO_BE_REPLACED