Starting from legendary games like God Of War 2, and GTA Vice City to being able to experience high-end, that too PS4 adventure games are truly something incredible. The insane amount of technical expertise and knowledge that goes into making these sorts of games is unimaginable. Regardless of whether you like playing them or not, we can assure you that the games that we have talked about below are surely some of the best adventure games the PS4 platform can offer you right now. 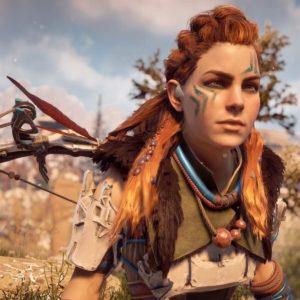 Horizon Zero Dawn is an action-adventure open-world game with aesthetically pleasing fauna, flora, & environment. The surroundings and the environment are densely populated with passive and aggressive machines and animals. Having said that, it’s up to you how you approach them. The story is mainly focused on when humankind built huge animal-like robots for daily use, then a virus struck the machines and humankind lost control of them. Humankind started to become extinct but few people were strong; they adopted the uncontrollable machines and lived the old way by forming tribes. Horizon Zero Dawn is one of those games partnered with excellent flexible combat and a story that will surely touch your heart. You tackle the vast wilderness with the main character called Aloy, who was trained and hardened by his adoptive father. She is fearless and strong! Horizon Zero Dawn tops our list for good reasons and we are pretty sure it will top your lists too. It was one of the most exciting ps4 adventure games to ever get released on the platform. 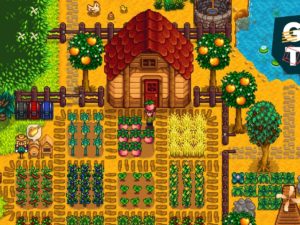 Stardew Valley is an adventure farming game. You get your grandfather’s farm as a gift, you being tired of city life and the regular job, you decide you will be a farmer just like your grandfather. The game is open world and sandbox which is a very unique playstyle for this kind of game. The game is a 2d art style and has pixel graphics. It’s really pleasing to the eyes. The game’s music and graphics will surely remind you of the 80s and 90s golden retro games. In the game, you’re in charge of your own farm. You can grow plants, buy animals and tame animals. You can make friends and enemies. Also, get married but most importantly farm, farm, and farm!. If you are looking to play one of the PS4 adventure games that aren’t too violent then you can try this out. 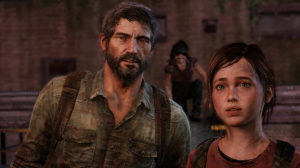 One of the best adventure games PS4 offered and completely changed the market is The Last Of Us. The Last of Us is an action-adventure game with a high level of gore and a beautiful post-apocalyptic city to explore. You play as two main characters Joel and Ellie who battle their way through endless zombies to find a cure. The whole world is infected by a virus that turns sick people into zombies. The game’s level design is top-notch as the game is not an open world. Each level has its own suspense and horror and each open location has its own beauty to explore. This game is a must-play if you are a zombie survival genre fan. 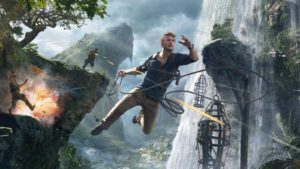 The Uncharted 4 game is a really uncommon game. There are a very few games which are similar to Uncharted 4. Uncharted 4 is an action-adventure game, where you play Nathan Drake, an infamous renowned thief of highly valuable treasures and artifacts. You journey through epic beautiful real-life locations with breathtaking views. With an awesome action-packed storyline, the game contains movie-like transitions. Also, the game has fun puzzle-solving levels which will for sure make the game entertaining throughout your playthrough.

Red Dead Redemption 2 is an open-world action-adventure game. The game in one word is breathtaking. The game was in development for 11 years which is pretty uncommon. However, the game was made with love. Where can we start? Starting from the beautifully crafted world to the liveliness of the game, everything was on another level. The game’s timeline was from the wild west 1800s. The game captured those moments with extreme accuracy. You will forget what is reality by playing this game. The soundtrack is well chosen for its time and increases the mood and intensity of each mission. The main winner of this game is the storyline, very well thought out and neatly written. Moreover, it’s even better than many movies. You play as Arthur Morgan where you and your gang try to survive a world where bounty hunters and gunslingers are shunned. You should undoubtedly enjoy this epic journey of the wild west or else you will regret it. 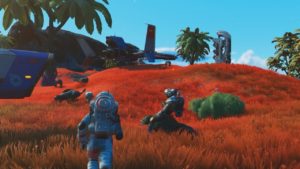 When No Man’s Sky was first released, everyone hated the game as it over-promised and had tons of missing features. Fast forward six years and it’s a game no one should miss. The developers redeemed themselves and made one of the greatest space adventure games in history. In this game, you explore endless planets and star systems with incredibly powerful spaceships. It’s up to you if you want to fight and explore or you want to peacefully explore. You can create bases on almost every planet and make colonies and buy many spaceships which are available. If that bores you, you can try the fixed storyline path which is well written. Therefore, buckle up and plan your journey to have some real fun! 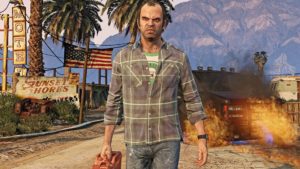 The game takes place in a fictional city based in Los Angeles. You play as three characters in-game named Franklin, Trevor, and Michael. Each has its own unique storyline in the first part of the game. However, in the interval, all three work together. The game is an open-world action-adventure game developed by Rockstar Games. The game has an awesome storyline that is not all the time serious and has a few quirks. The game is slowly paced with a good story and is very enjoyable. You can drive cars, fly planes, drive boats, buy properties, and invest in stock. Pretty much every fun activity is playable. The game consists of many side missions which are really fun. The game sold the equivalent of $1 billion in its opening week making it the most successful game of all time. Enough said, this game is a must-try! Grand Theft Auto V, undoubtedly, is one of the best adventure games ps4 has to offer even so long after it was released. 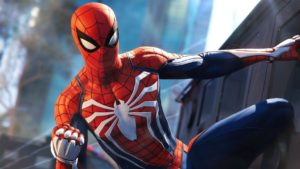 Pretty much every kid’s favorite superhero these days is Spiderman due to the current craze of the MCU universe. Insomniacs Spiderman is a superhero action-adventure thriller game. The game follows its Marvel comics storyline which is different from the movies but it’s still one of the best Spiderman stories to play. The game’s main winner is the combat and beautifully designed fictional New York. The game mechanics are next-gen and top-notch. The counterattack option makes the game awesome and fun for its flexible combat. You can either complete the storyline or be your own friendly neighborhood Spiderman by helping others and taking on an adventure in New York City. It’s a must-play game and a game that no one should miss. In terms of controls and movements, this has to be one of the best adventure games PS4 has in its arsenal. 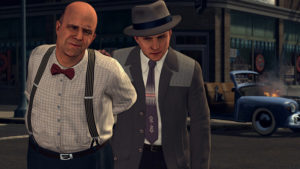 LA Noire is one of those games which come once in a lifetime. Set in the 1940s in Los Angeles during wartime it is a detective thriller adventure game. You play as Cole Phelps who starts as a patrol officer who one night gets his first break and works up his rank in the detective branch. The game is themed very glamorously. You can feel the vibe of lustrous 1940s LA and solve great murder and theft cases. The game will for sure make you feel like you are in the 1940s and a real detective. It even gives you flashbacks of the war and how cruel it was and the hardships soldiers went through. LA Noire is a game you must play before you die. LA Noire might not be one of the well-known or known to be one of the best adventure games ps4 platforms offered, however, it is still rather enjoyable and fun. 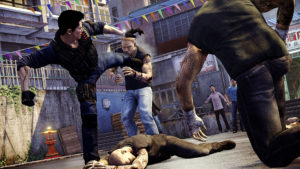 Many games can rival Grand Theft Auto. Many came and many failed but only one properly gave Grand Theft Auto a run for their money and that was Sleeping Dogs developed by Square Enix. Sleeping Dogs is also an open world action-adventure game like GTA. The game was based in Hong Kong, a highly densely populated city where you play as an undercover cop to infiltrate a highly dangerous street gang. Game one-upped GTA in combat with very good karate combat in-game and a counter feature. The game’s storyline is very well written and emotional and ruthless at the same time. Sleeping Dogs portrays the cruel world of the triads and how people fear them. Add this game to your gaming book without any second thought.

Where should you begin your search for the top PS4... END_OF_DOCUMENT_TOKEN_TO_BE_REPLACED

We all have read about how ancient humans used... END_OF_DOCUMENT_TOKEN_TO_BE_REPLACED

In this article, we will talk about the most popular... END_OF_DOCUMENT_TOKEN_TO_BE_REPLACED