Never Play These Games If You Want to Get Stuff Done

How long has it been since you last saw some of your friends? You know they spend their time playing computer games, but do you happen to know which ones those are? We are asking because we know just how addictive they can become and how much a person can sink into the experience. So we have compiled a list with 5 of the most addictive games that were ever invented and that have been killing the productivity of people all over the world. Read up and you may even find that you are playing one yourself, which might also explain why you have not seen any of your friends in a while.

5 of the Most Addictive Games Ever Played 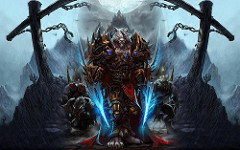 Photo credit: [email protected]
How many people have played World of Warcraft? Over 100 million people by now all over the world. The game was launched in 2004 and has since then been making the rules in what we now call MMO (massive multi-player online). How do we know this is the most addictive game ever? Because it is also the most profitable.
World of Warcraft fans and addicts start by switching to a new time unit. This is the raid. In non-player time, it would translate to several hours, even up to 10 or more. How can you spend so much time in front of your computer without losing contact with the rest of the world? You think you could not do this? Why not give World of Warcraft a try and see how well you resist the temptation. Every new expansion they come out with attracts new players and forces recovering players back to the game. 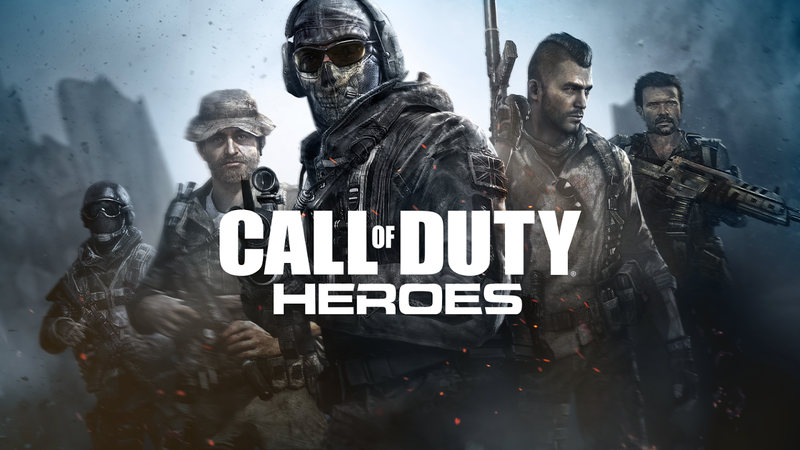 Image source: https://en.wikipedia.org/wiki/File:Call_of_Duty_Heroes.png
There are over 25 billion hours of gameplay logged into the game and Call of Duty competes with World of Warcraft for the first position in the top of most addictive game ever played. This FPS allows both single player as well as multiplayer sessions, although many do it for the thrill of the shared experience. If anything, Call of Duty has created one of the best virtual platforms where all kinds of people come to spend time with their group of friends. And if you only imagine teenagers or college students being CoD fans, you would be wrong.
The game is well-scripted and it reproduces real military campaigns. Up to Call of Duty 4, the campaigns were from World War II. The forth version, Modern Warfare, has a different setting, and one you should experience for yourself.

Photo credit: [email protected]
You can recognize a GTA addict a mile away. They clench the wheel and they have that look in their eyes. You know… that look like they cannot wait to get home and open their computers. Rockstar is responsible for creating one of the most addictive computer games ever played. The experience far surpasses the option of driving around and entering races. There is a whole world constructed in very fine detail to discover and many people choose to do just that. Among the activities available in Grand Theft Auto there are yoga, arms trafficking, tennis and even occasional encounters with women. There are missions and side missions and three very well constructed characters to explore the world of GTA with.

Developing an obsession for a computer game is not something reserved to our generation. Long before there were virtual experiences to share online, Tetris, a game invented by Russian scientist Alexey Pajitnov was keeping people pinned to their computers. And it has been around since the 80s. It was one of those games you had installed on your computer and lost hours on end playing without even realizing it. Although not complex, without any characters and many times with very simple graphics, Tetris built on our desire to make everything fit. The game itself consisted in getting in a row, a series of varying shapes of blocks which you had to stack together. 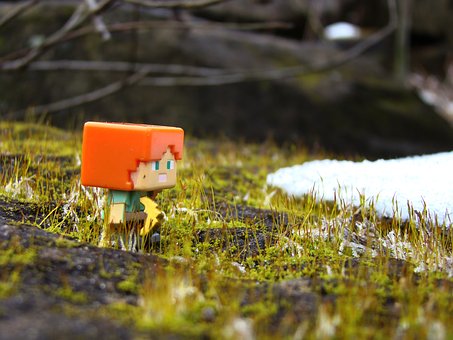 Image source: https://pixabay.com/ro/photos/minecraft/
Tactical games are just as appreciated and addictive as shooters and racing games. Therefore, Minecraft has made our list with millions of players spending long hours building structures, mining for gold or diamonds and fighting bad guy. Maybe if you are in it for the visuals, this game is not what you are looking for. However, its many other interesting features and number of people it has managed to hook should determine you to give it a try. It is a great option for people who want to create, to explore and to make their own rules.
What many people fail to understand is that a game does not necessarily need to be colorful, to come with a big promotion and marketing plan. But as long as it is interesting enough to keep you hooked and to want to challenge your own score over and over again, as long as it can make you feel you could do better every time, it is enough to make the cut. Some of the most addictive games ever were created even before the development of the industry to the refined virtual experiences we get today. Some of them meant spending hours on end in front of a desktop monitor with a pixelated image only to get that final card or block in. And this really changes your perspective on gaming overall, doesn’t it?

Never Play These Games If You Want to Get Stuff... END_OF_DOCUMENT_TOKEN_TO_BE_REPLACED

The Many Faces of Computer Gaming There are people whose... END_OF_DOCUMENT_TOKEN_TO_BE_REPLACED